To share your memory on the wall of David Meunier, sign in using one of the following options:

Print
David John Meunier, 61, of Egg Harbor Twp, died suddenly on January 25th due to complications from a short but courageous battle with lung cancer.

David was born and grew up in Worcester MA. Upon graduation, he enlisted in the US Air Fo... Read More
David John Meunier, 61, of Egg Harbor Twp, died suddenly on January 25th due to complications from a short but courageous battle with lung cancer.

David was born and grew up in Worcester MA. Upon graduation, he enlisted in the US Air Force and honorably served as K-9 Military Police, spending most of his tour in Spangdahlem Air Base, Germany. Upon leaving the Air Force, he moved to Kansas, spending almost 7 years with the Leawood KS Police Department, and then moving to New Jersey and joining the Hamilton Township Police Department in 1988. He served with pride for 21 years and left an indelible mark on all he served with. Following his service, he worked Security for the Atlantic City Race Course, and then as a housing coordinator with Boardwalk Sober Living/ Park Bench.

David had a personality as big as his heart and smile. He loved life and enthusiastically embraced his work, his fun, and his family. He loved to tell stories, and although he promised, he never once “made a long story short”. Most know of his stories of the “Mecca”, his more colorful pursuits, and of course, “The Deer Story”! He had “a need for speed” and demonstrated it often. He loved NASCAR in the Dale Earnhardt Sr days, and going to the NHRA races in Englishtown with Jeffrey and the Worcester boys, but he most enjoyed his time on the water. Although he bled blue, he knew how to do retirement right. His pure joy when he was out on his beloved “Sea Tweaker” was evident to all. It was cruising the back bays and waterways that he found his true peace and serenity, but not too many fish! He was the best hayride driver in the fall at R and J Farm, and so many kids were blessed to meet the best Santa Claus ever.

If you are so inclined, in lieu of flowers, please honor David’s love of dogs by making a donation in David’s name to the Humane Society of Ocean City.
Read Less

Consider providing a gift of comfort for the family of David Meunier by sending flowers.

We encourage you to share your most beloved memories of David here, so that the family and other loved ones can always see it. You can upload cherished photographs, or share your favorite stories, and can even comment on those shared by others.

Posted Feb 01, 2021 at 12:38pm
Wishing you peace to bring comfort, courage to face the days ahead and loving memories to forever hold in your heart.

Posted Jan 28, 2021 at 12:55pm
Marcia, Mike and I are so very sad to hear of Dave's passing. He was an amazing man and we have a lot of fond memories of the two of you at the Dover Nascar Races. May the love of friends and family bring you some comfort in this devastating time.
Comment Share
Share via:
ME

Posted Jan 28, 2021 at 11:08am
I was the Commandant of the Atlantic County Police Academy when Dave became a police officer and attended our Academy. I still remember his great sense of humor and big brother attitude toward the younger recruits. We became friends and remained in touch for several years. He was a GOOD MAN and will be missed. God bless him and his family. I am very sorry for your loss. Mike Erskine
Comment Share
Share via: 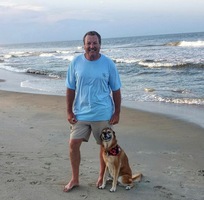 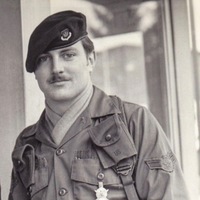