To share your memory on the wall of Diane Borden, sign in using one of the following options:

A pass-through viewing to pay your respects to the family will be held Monday February 8th from 9:30 – 11 AM the at Boakes Funeral Home, 6050 Main Street, Mays Landing NJ. Service will be private. Burial open to friends and family, at approximately 12:30 pm, at the Atlantic County Veterans Cemetery.

In lieu of flowers, donations can be made to Compassionate Care Hospice at 956 Asbury Ave 2nd Floor Ocean City NJ 08226.
Read Less

Print
The service will be private. The burial will open to family and friends, at approximately 12:30 pm, at the Atlantic County Veterans Cemetery.

Consider providing a gift of comfort for the family of Diane Borden by sending flowers.

We encourage you to share your most beloved memories of Diane here, so that the family and other loved ones can always see it. You can upload cherished photographs, or share your favorite stories, and can even comment on those shared by others.

Posted Feb 08, 2021 at 04:06pm
Buddy and family
We are saying on the passing of Diane
May all your wonderful memories come for you at this time
Resend or she’s here condolences
Love and prayers
Joe and Marsha Brown
Comment Share
Share via:
D

Posted Feb 07, 2021 at 01:48pm
Borden family,
I am very sorry for your loss. I worked with Diane at Mainland. She was an amazingly kind woman. We so appreciated her. I will keep your family in my prayers.
Dominic Giovanetti
Comment Share
Share via:
DP

Posted Feb 07, 2021 at 11:49am
Dear Buddy and Family, Please accept my deep and sincere sympathy on the passing of Diane. She was a most wonderful, delightful lady with whom I had the pleasure of working for many years. She was not only efficient and highly professional at her job, but was kind, friendly, and supportive to all of her colleagues. We often joked about both being born on December 13. She was loved, admired, and respected by all who knew her. It was an honor to call her my friend.
Comment Share
Share via:

Posted Feb 06, 2021 at 11:24pm
I am so saddened to hear of your mom's passing. She was such a truly nice lady. Our prayers will be with you all.
Comment Share
Share via:
JS 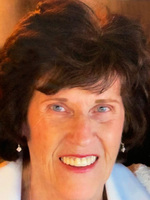 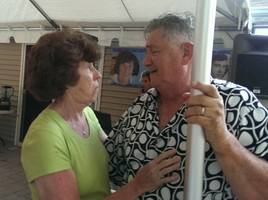