To share your memory on the wall of Donald Midgette, sign in using one of the following options:

He is survived by his three sons, Troy (Kathleen), Darin (Barbara Robertson), and Todd (Lisa) and four grandchildren (Nicholas, Alexandra, Caitlin, and Tyler) and two step grandsons, Jason (Alex) and Eric Kertz (Jennifer). Last but not least, his precious great granddaughter Josephina Kertz. Mr. Midgette was an avid bowler in his younger years and enjoyed shooting pool at the clubhouse at the Oaks of Weymouth, where he’s resided for the last 13 years.

A graveside service will be held 11am on Wednesday, April 28th at the Winslow United Methodist Church Cemetery, 27 Hall Street, Winslow, NJ 08095.

Consider providing a gift of comfort for the family of Donald Midgette by sending flowers.

We encourage you to share your most beloved memories of Donald here, so that the family and other loved ones can always see it. You can upload cherished photographs, or share your favorite stories, and can even comment on those shared by others. 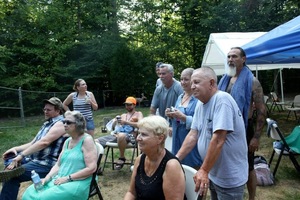 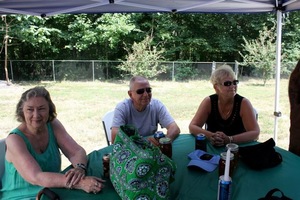