To share your memory on the wall of Ellen Johnson, sign in using one of the following options:

Ellen began her education in Glassboro, NJ, traveling daily with her Aunt Dot for kindergarten. The remainder of her education was in the Atlantic City Public School System where she graduated from Atlantic City High School, Class of 1967. After high school, she spent one year at Hampton University in Virginia. She received her undergraduate degree in English Education from Glassboro State College, now Rowan University, in 1971. She continued her education at Monmouth University and received her MS/Ed in 1983. Ellen was a lifelong learner.

On February 14, 1970, she married the love of her life, Wilbur James Johnson, Jr. They were young but very much in love. They moved to Alexandria, Virginia in 1972 to begin their careers with the FBI. From this union two sons were born: Adam Michael and Brandon Hamilton. Adam and Brandon were her pride and joy. She raised them with love and firmness, placing them above all else in her life. Yet she still found it in her heart to share her love with family and lifelong friends every day of her life.

Over her lifetime, Ellen lived in various places from Alexandria, Virginia to Springfield, Virginia, Severn, Maryland, and finally moving back to New Jersey, settling with Billy and the family in Howell, New Jersey. She became an active member of the Howell Township Board of Education from 1983 to 1990. She served four years as President and one year as Vice President. She also served on many State and County committees for Business Administrators and was President of the Middlesex County School Business Officials. She chose to remain a stay at home mother for Adam and Brandon until they were both of school age. Once the boys entered school, Ellen re-entered the work force, choosing to work in real estate, then as the Director of Transportation in the Millstone School District in New Jersey. She went on to become the Registered School Business Administrator in Metuchen, New Jersey from 7/1/1990 – 10/31/1996 and retired as the Registered School Business Administrator for the South Plainfield School District on April 1, 2002, a position she held from 11/01/1996 until her retirement. She made many lifelong friends over the course of her lifetime. After her husband Billy’s death in 1999, she eventually relocated to Mays Landing, New Jersey, where she spent the rest of her life.

Ellen loved spending time with her family, which grew to include two daughters, five wonderful grandchildren, one brother, and one special nephew. Family gatherings became central to her happiness and she lit up with the biggest smile ever when family was near. Christmas was always a magical time at her house with family always gathering to celebrate with her. She was the true matriarch and historian of the family. Her wisdom and love carried the family through good and stormy times.

A viewing will be held from 6 pm to 8 pm, Tuesday, April 6, 2021 at the Boakes Funeral Home in Mays Landing, NJ. Final commitment ceremony and Interment will be at 11 am Wednesday, April 7, 2021 in the Greenwood Cemetery, Pleasantville, NJ. Due to current Covid-19 guidelines, we request that you follow social distancing guidelines during visitation and interment.

In lieu of flowers, the family has requested that donations, in Ellen’s name, be sent to the National MS Society or ASPCA in the town of your choice.
Read Less

Consider providing a gift of comfort for the family of Ellen Johnson by sending flowers.

We encourage you to share your most beloved memories of Ellen here, so that the family and other loved ones can always see it. You can upload cherished photographs, or share your favorite stories, and can even comment on those shared by others.

Posted Apr 02, 2021 at 06:09pm
To Dorothy, Adam, Brandon, and the rest of the family may the Lord Bless and keep you in grace and loving embrace during this you time of sorrow.

3 trees were planted in the memory of Ellen Johnson

Posted Apr 10, 2021 at 11:08am
So many memories, so many good times, EBJ, you will be missed. Thank you for all that you did for me and taught me. Most especially, thank you for making me part of your family.
Comment Share
Share via:
SS 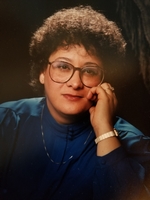