To share your memory on the wall of Francis Lee, sign in using one of the following options:

Print
Francis Joseph Lee passed away on Tuesday, May 11, 2021, at age 86. He was a loving husband, father of six, and grandfather of five children.

Frank was born on June 24, 1934 in Salem, NJ to Kew and Ann (Ho) Lee. He grew up in Chinatown, Philadelphia, PA. He was married to Bernadine on October 29, 1960. They were happily married for 60 years and had 6 children. He was a charming, funny man, who loved to make people laugh. Frank was a people and horse lover. In 1970, Frank bought a farm in Mays Landing, NJ to breed racehorses. He owned racehorses for over 20 years.

He worked as a graphic artist for over 50 years.He learned everything about graphic arts and silk screening from his brother, William. You can see his work in places such as the Baltimore Aquarium (MD) , Naval Submarine Base New London (CT), Smithsonian Institute (Washington D.C.), Walter Reed Hospital (Washington D.C.), and all the graphic work at the Edgar Allen Poe House in Philadelphia, just to name a few.

A memorial service will be held on Monday, June 14, 2021 at Holy Redeemer Catholic Church 1915 Vine Street in Philadelphia, PA. Visitation will begin at 1 o’clock and a memorial mass at 2 o’clock with refreshments to follow.

In lieu of flowers, donations can be made to Holy Redeemer Catholic School.
Read Less

Posted May 19, 2021 at 12:53pm
We are so sorry for your loss. May the wonderful memories of Frank help you through this different time. I’ll remember his huge smiles. Dory and Stephen Voso
Comment Share
Share via: 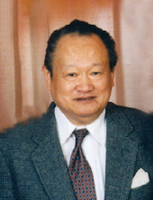