To share your memory on the wall of Francis Zoldi, sign in using one of the following options:

Print
(Francis) Stephen Zoldi 76, died at home with his loving wife Joann by his side, on March 18, 2021, after a courageous battle with liver disease.

Steve was born May 22, 1944 in Doylestown, PA to Gabriel and Virginia Zoldi. He grew up i... Read More
(Francis) Stephen Zoldi 76, died at home with his loving wife Joann by his side, on March 18, 2021, after a courageous battle with liver disease.

Steve was born May 22, 1944 in Doylestown, PA to Gabriel and Virginia Zoldi. He grew up in Lambertville, New Jersey where he graduated from South Hunterdon High School and played football all four years, starting a lifetime love for the sport. He enlisted in the US Air Force on September 1962 and served until 1966. He sustained wounds in Vietnam, receiving two Purple Hearts. He was a proud veteran and embraced the POW/MIA motto “You are never forgotten”.

Steve is well loved and was always willing to lend a hand, share a joke and laugh. An active volunteer at St. Vincent De Paul Catholic Church. He especially enjoyed his walks with his furry pal, Rocky. A loving husband, father, grandfather, brother, friend and dedicated coworker, he will be greatly missed by all who knew him well.

Steve is preceded in death by his parents Gabriel and Virginia Zoldi sister Anne Zoldi and brother Butch Zoldi.

Donations can be made to the St. Vincent De Paul Building Fund in Steve’s name.
Read Less

Consider providing a gift of comfort for the family of Francis Zoldi by sending flowers.

Posted Mar 22, 2021 at 09:04pm
We met through work. Wonderful friend and always willing to lend a helping hand.
Enjoyed going to dinner with Joann and Steve.
So sorry to lose such a special person. Rest In Peace.
Comment Share
Share via:
JP

Posted Mar 22, 2021 at 06:06pm
Steve, although your time with us on Earth was cut short, we all will meet up once again. You have earned your Wings and are an Angel now smiling down upon us. I will always treasure the memories we've made over the years. May your Soul rest in the Eternal Peace and Light of the Lord. Feel free to fly by when you can.....
Jack Przybyski
Comment Share
Share via:
D

Posted Mar 22, 2021 at 12:17pm
Frank and I will always remember Steve for his humor whenever we saw him at church. I had a nickname for him, Mr. Butt. He will be greatly missed, Rest In Peace dear friend. 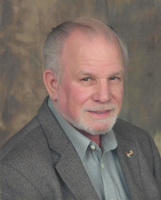