To share your memory on the wall of George Ausby, sign in using one of the following options:

George was educated in the Hamilton Township Public School System. He was a proud Vietnam Veteran and served in the United States Army from 1965-1967. He was trained as a combat engineer at Fort Bliss, Texas, and then served in Vietnam for 13 months as a machine gunner. After his service, from a young man until his retirement, he worked for the Hamilton Township Public Works Department and retired as a supervisor.

George chose to dedicate his time and service to not only those who served their nation but also to members of the community. He served as commander of the Vietnam Veterans of America and a member of the Veterans of Foreign Wars and was affectionately known as “Hard Block” with the Buffalo Soldiers Southern New Jersey Chapter. He was a proud member of the VFW Post 220 in Mays Landing, New Jersey.

He organized the annual pizza party for the VFW at the Vineland Veterans Home for many years. George was an active member of the VFW Honor Guard, assisting veterans by taking them to their appointments. He also served as a community volunteer at the Mizpah Summer Youth Program. In 2018, George was given the Hamilton Township Honors and Remembers Its Veterans Award by Sen. Chris Brown. During that ceremony he also received the Vietnam Service Medal with two campaign stars, the Republic of Vietnam Campaign Medal with Device, the National Defense Service Medal, and the Combat Infantry Badge and Expert Rifle Award. He was also given the Legion of Honor award from the Four Chaplains recognizing ordinary people who do extraordinary things.

In his past time, George loved to golf and spent every Saturday morning golfing with his brother Charlie and other friends. He loved his grandchildren deeply and spent any time he could attending their activities. He was a member of the Just Us Men’s Fellowship at First Baptist Church in Richland, N. J. and enjoyed the time he spent with the men of the community.

George was predeceased by his mother and father, brothers Charlie, Kato, Richard and sister Katherine.

Public pass thru viewing will be held from 9am-11am on Saturday, January 2, 2021 at Boakes Funeral Home, 6050 Main Street, Mays Landing, NJ. Funeral service will be private. Friends and family are invited to the committal service with Military Honors at the Atlantic County Veterans Cemetery in Estell Manor, NJ at 1pm. Masks are mandatory.

Consider providing a gift of comfort for the family of George Ausby by sending flowers.

We encourage you to share your most beloved memories of George here, so that the family and other loved ones can always see it. You can upload cherished photographs, or share your favorite stories, and can even comment on those shared by others.

3 trees were planted in the memory of George Ausby

Prayers and Blessings from the Potenski Family !! Very sorry for your loss !! George was a great man with a great sense of humor that knew how to take it down, and have a good time. You will be sadly missed George !!
LP

Posted Jan 10, 2021 at 05:20pm
Peggy and family sorry to hear the loss of George he was very nice gentleman and quite character. I formally worked at the doctor's office years ago
Comment Share
Share via:
CP

Posted Jan 04, 2021 at 04:36pm
Very sorry we all lost this great friend, and I wish all his family peace in this rough time. Knowing him since I was a child for over 40 years, I can't recall a single time he didn't put a smile on my face or have me laughing. Rest in peace buddy, you have earned it.

Posted Jan 01, 2021 at 11:29pm
George was an Operator when I worked at the Road Department in the summers as a kid. He took myself and another summer worker up in the bucket of a front end loader and dumped us in a giant puddle! Great times in my youth. He was a great guy.
Comment Share
Share via:
PJ

Posted Jan 01, 2021 at 01:06pm
My deepest sympathies to the family of George Ausby He was a friend of my husband and attended his funeral in Sept His kindness was a genuine attribute. To his daughter Shonna whom I've worked with for many years my heart goes out to you and your entire family My prayers are with you Peg Joyner
Comment Share
Share via: 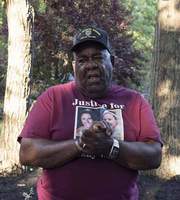 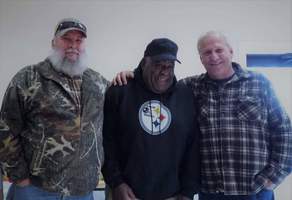