To share your memory on the wall of Joseph Cohen, sign in using one of the following options:

Joe was born in the Bronx, New York to the late Charles and Estelle Cohen, but primarily resided in Mays Landing, ... Read More
Joseph “Joe” Charles Cohen, age 85, passed away peacefully on Wednesday, March 17th, surrounded by his loving family.

Joe was born in the Bronx, New York to the late Charles and Estelle Cohen, but primarily resided in Mays Landing, New Jersey. After graduating from Vineland High School in 1954, he completed three years with the United States Army and then received an associate degree in technology from Temple University. He later retired from Lockheed Martin (formerly RCA) in 1999 after many years of dedicated work.

Joe was known for his kind heart, welcoming spirit, and loyalty to his family and friends. Among those who knew him best, he could always be counted on to lend a helping hand, take family photos, and make his legendary waffles. He was a true outdoorsman and enjoyed biking, kayaking, golfing and playing pickle ball. He was especially proud of his beautiful gardens, his handiwork at home, and his three hikes to the bottom of the Grand Canyon.

Joe is survived and will be greatly missed by his loving wife of 59 years, Diane (Kurtz) Cohen; children, Lisa Goldner (husband Jonathan Goldner) and Mark Cohen (Jan Burgos and her daughter Isabel Burgos); and granddaughters, Breanna, Hayley, and Skylar. He is also survived by his brothers, Robert and Noel Cohen, and preceded in death by his younger brother, Jason Cohen.

Services will be private.

Print
Services will be private.

We encourage you to share your most beloved memories of Joseph here, so that the family and other loved ones can always see it. You can upload cherished photographs, or share your favorite stories, and can even comment on those shared by others.

Posted Mar 31, 2021 at 06:41am
My thought and prayers are with you all. My your wonderful memories with Joe comfort you. So sorry for your loss.

Thank you so much for this thoughtful gesture Wanda.
TF

Posted Mar 30, 2021 at 01:08pm
Mark & Family, Our family extends our deepest sympathies for your loss. Your Dad remains in your heart and now memorialized with a tree planting. XO

Thank you so much for this very special gesture. Sincerely, Diane, Lisa, Mark and family
JC

Posted Mar 23, 2021 at 10:37am
Mark and Skylar, So sorry for your loss. Sending you thoughts of peace and comfort. Love, Jen, Damon and Tyler.
Comment Share
Share via:
BG

Posted Mar 21, 2021 at 12:53pm
We remember Joe from our days back in the 50s when we commuted to Temple University. He was a terrific student and a great guy. We'll miss him.
Best from Hen Wimberg, Don "Decker" Pitale, and Bill "Skeet" Giambatista
Comment Share
Share via:
LG

Thank you for the nice memory. Diane

Posted Mar 21, 2021 at 11:03am
Diane and family....We are so sorry for your loss! We have fond memories of our bowling league....such fun times! You are in our thoughts and prayers!!🙏🏻❤️
Julie & Serge Fields
Comment Share
Share via:
LG

Thank you so much for reaching out. I have great memories of all the fun we had. ❤️ Diane 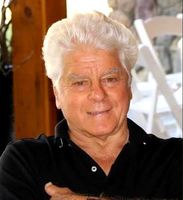