To share your memory on the wall of Michael Silipena, sign in using one of the following options:

And so many friends he left behind. He also was employed for Heuman Construction for many years before his retirement.

- Michael was one of a kind with so much feistiness and with the biggest heart. He loved his motorcycle, fishing, skeet shooting and all outdoor activities especially taking his dog Bella for her runs. We are sure he rode the Stairway to Heaven and he is now a Free Bird!!! ️ ️ ️

We encourage you to share your most beloved memories of Michael here, so that the family and other loved ones can always see it. You can upload cherished photographs, or share your favorite stories, and can even comment on those shared by others.

Posted Dec 21, 2020 at 01:45pm
My Heart goes out to the family .xoxo Especially Cindy My heart breaks for you ...You will see each other again in heaven... God Bless.. so sorry for your loss..RIP Mike no more suffering !
Comment Share
Share via:
J"

Posted Dec 01, 2020 at 11:21pm
Dear Silipena Family,
Sorry to hear of Mikes passing ,I have known him since the family lived on Cologne Ave. in Germania. He has always been the life of the party, and a hard worker. MAY HE REST IN PEACE!
Sincerely,
Thomas W. Hutchinson "HUTCH"
Comment Share
Share via:
VC

Posted Dec 01, 2020 at 12:17pm
Condolences to your family. Back in the day, we had so much fun. My motorcycle ride of a lifetime. He went so fast, so I would squeeze him tight. He was glad I didn't scream. He will always be remembered as a funny, polite (sometimes crude), and respectfully a wonderful guy. I will miss him.
Comment Share
Share via:

Posted Nov 30, 2020 at 02:43pm
Mike you will be missed by many and we will all miss your funny remarks you were truly one of a kind.
Comment Share
Share via:
J

I have known mike since childhood! I’ll miss your craziness and kindness very nice person Mike was.. I’m so sorry to hear your gone.. My condolences to his family.. RIP Mike. Patty Johnston 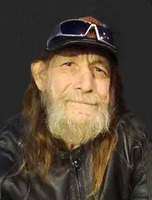