To share your memory on the wall of Theodore Szigethy, sign in using one of the following options:

Print
Theodore Szigethy, born on September 25, 1927 in Middlesex, NJ, passed away on Monday, January 18th due to complications of the Covid Virus. He was a faithful, loving husband to the love of his life, Jeanette for 73 years!

Ted spent his... Read More
Theodore Szigethy, born on September 25, 1927 in Middlesex, NJ, passed away on Monday, January 18th due to complications of the Covid Virus. He was a faithful, loving husband to the love of his life, Jeanette for 73 years!

Ted spent his early childhood in Dunellen, N.J. growing up beside the Bound Brook and had plenty of stories to tell about the tight knit post depression community and his boyhood friends. His family moved to Dorothy when Ted was about 10 years old and bought a chicken farm. Ted attended Weymouth Township Schools and later went to High School in Egg Harbor City.
At the age of 18, his love of Country led him to serve in the United States Army. He was sent to Japan where his job was a Mess Cook. A strong work ethic provided a wide variety of jobs over his lifetime; he flipped hamburgers at a White Castle, did a stint at a clothing factory, lifted 100 pound feed bags at D&M Feed Mill, owned and operated a chicken farm. He served as a Board Member of the Vine-Co egg auction and for a brief time as it’s acting CEO. Working with his brother Louis as a carpenter, they built chicken coops and later homes all over South Jersey.

He drove a school bus, was a bar tender at the “Root Cellar” and was employed by the Township of Weymouth as the Public Work Supervisor, Code Enforcement Officer and Housing Inspector. In between these jobs his drive to provide for his large family of five children and four foster children and get ahead, awakened his entrepreneurial spirit; he created and operated an egg route business called “Ted’s Cackle Berry Farm”, “The Country Mouse Campground” and “The City Mouse Guesthouse” in Ocean City.

As busy as his work kept him, he still volunteered his time and talents to his community. He served as Scout Master for the local Boy Scout Troop and became Santa for the school children for more than twenty years. He was a School Board Member and its President as well as a Planning Board Member and President of the St. John Lutheran Church Council in Ocean City. He volunteered as Civil Defense Coordinator (Whiskey Tango II) and later Emergency Management Coordinator.
Ted was known for telling jokes and had an endless supply for all occasions albeit a bit off color at times, everyone always looked forward to their telling. One of his favorite endeavors was as President of the Weymouth Township Civic Association, where he was instrumental in planning and executing tremendous 4th of July Celebrations. He became a certified Pyrotechnic Technician and set up and fired fireworks displays for the municipality for years.

His greatest source of pride and accomplishment, however, was his family which he loved and doted over. He will be loved and missed forever by all of them.

Ted is predeceased by his Father, Joseph and his Mother, Anna; Brother Louis and Sister-in-law, Lillian; Son-in-law, Douglas Yearsley, and Grandson, Andrew Yearsley.

Friends and Family are invited to a pass thru viewing on Saturday, January 23rd from 1-2pm at Boakes Funeral Home, 6050 Main Street, Mays Landing, NJ. Service will be private. Burial with Military Honors at Bethlehem Evangelical Lutheran Cemetery in Dorothy, NJ at 3:45pm.
Read Less

Consider providing a gift of comfort for the family of Theodore Szigethy by sending flowers.

We encourage you to share your most beloved memories of Theodore here, so that the family and other loved ones can always see it. You can upload cherished photographs, or share your favorite stories, and can even comment on those shared by others.

Posted Jan 23, 2021 at 08:32am
Tim and Michelle and Szigethy family, I'm sending prayers for peace and hugs, many hugs. So sad to hear of your Dad's passing, Tim.
Thinking of you all today. Lisa Campanella
Comment Share
Share via:
KB

Posted Jan 20, 2021 at 12:26pm
The passing of our dear friend Mr. Szigethy was met with great sadness by my wife Debi and I. Mr. Szigethy was a community servant, a leader, a man of principle and integrity, and a dear friend.
He shared his family, his love, his guidance. He was a good husband, a good father, grandfather, but more so he was an exceptional human being.
Rest in peace my dear friend. You will not be forgotten. 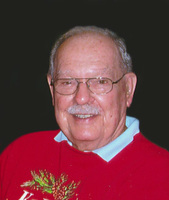