To share your memory on the wall of Vernese Smith, sign in using one of the following options:

Print
Vernese E. Graham Smith (age 96) of Richland, New Jersey went home to be with the Lord on Sunday, December 6, 2020.

She was born on June 13, 1924 to the late George and Irene Rinner Graham in Kingstree, South Carolina. Upon moving to New... Read More
Vernese E. Graham Smith (age 96) of Richland, New Jersey went home to be with the Lord on Sunday, December 6, 2020.

She was born on June 13, 1924 to the late George and Irene Rinner Graham in Kingstree, South Carolina. Upon moving to New Jersey, she attended school in Milmay and Dorothy. She later met and married the late Maurice L. Smith.

Vernese was a deaconess and member of New Mount Calvary Baptist Church in Mays Landing, NJ.

A pass through will be held at New Mount Calvary Baptist Church, 6755 Millville Road, Mays Landing, NJ on Tuesday, December 15 from 9-11 a.m. Service and burial will be private.
Read Less

Print
Services & Burial Will Be Private

We encourage you to share your most beloved memories of Vernese here, so that the family and other loved ones can always see it. You can upload cherished photographs, or share your favorite stories, and can even comment on those shared by others.

Posted Dec 14, 2020 at 09:12pm
My deepest condolences and prayers to my cousins. I'm going to truly miss my favorite Aunt. Rest in Peace Aunt Bernese.
Comment Share
Share via:
KJ

Posted Dec 12, 2020 at 09:04am
My most sincere and heartfelt condolences to my childhood friend Earl, his brother William and the entire Smith/Graham family. The close friendship between you and my parents, Arelester & Elizabeth Williams, trickled down to Earl, William and I. I will cherish those memories forever. Blessed are they that mourn, for they shall be comforted. Blessed are those who grieve, for they shall be consoled.
Comment Share
Share via: 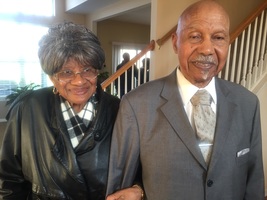 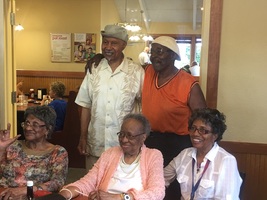 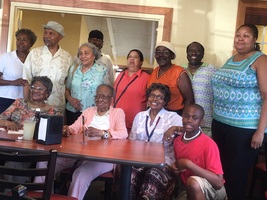