To share your memory on the wall of Vincent Lasewicz, Jr., sign in using one of the following options:

Provide comfort for the family by sending flowers or planting a tree in memory of Vincent Lasewicz, Jr.

Provide comfort for the family by sending flowers or planting a tree in memory of Vincent Lasewicz, Jr.

He is survived by his wife, Debbie Lasewicz, children, Jena and Steven Lasewicz, mother, Pauline Lasewicz (Kosik), two brothers, Mark and Jeff, and several nieces and nephews. Vincent was predeceased by his father, Vincent Lasewicz, and two sisters, Paula Dowey, and Judy Draper.

Although, a resident of Mays Landing, he raised his family in Egg Harbor Township. He was a man of true character and integrity. Vince was loved by his family, co-workers, neighbors and friends. He grew up in Linwood, New Jersey and was a Mainland High School graduate. Vincent attended the University of Scranton and obtained a bachelor’s degree in electrical engineering. He worked for the Federal Aviation Association for 34 years. He was the Engineering Manager for the NAS Laboratories and instrumental in the construction of buildings 27 and 28 at the William J. Hughes Technical Center in Atlantic City.

In lieu of flowers and donations to the family, please make a donation in Vincent’s name to The Funny Farm Rescue Animal Shelter, 6908 Railroad Boulevard, Mays Landing, NJ 08330, or online at www.funnyfarmrescue.org) or The Atlantic City Rescue Mission (http://www.acrescuemission.org).

Vincent’s funeral will be held on Tuesday, February 2nd at Boakes Funeral Home, 6050 Main Street, Mays Landing, NJ. Visitation will be held from 2pm to 3:30pm, with a service at 3:30pm. Burial will be private and at a later date.

Condolences can be made at www.boakesfuneralhome.com. Services will be videoed and available for viewing on Boakes’ website on the evening of 2/2/21.

A special thanks to Pastor Kevin and his wife Joanne, doctors, nurses, hospice aides, family and friends who helped care for Vince during his illness.
Read Less

Consider providing a gift of comfort for the family of Vincent Lasewicz, Jr. by sending flowers.

We encourage you to share your most beloved memories of Vincent here, so that the family and other loved ones can always see it. You can upload cherished photographs, or share your favorite stories, and can even comment on those shared by others.

Posted Feb 17, 2021 at 11:42am
Rest in Peace, Vince. You and your dad, Vince, Sr., are missed by the members of your FAA Technical Center family.
Comment Share
Share via:

Posted Feb 03, 2021 at 03:53pm
My prayers and condolences to Vince's family. Very sorry to hear that Vince has passed. He was a wonderful person when I worked with him.

Posted Feb 02, 2021 at 11:36am
Please accept my sincere condolences for the loss of our Vince Lasewicz! He was such a great guy to work and socialize, a passionate one! He would greet me with a smile and say "How are you doing Mano...how is the family in Greece" very thoughtful and genuine! May your loving memories of Vince bring you comfort and ease your soul! God Bless You ALL!

Posted Feb 02, 2021 at 10:55am
I am very sadden to hear of Vince's passing. My deepest expression of sympathy to the family. I worked with Vince for many years at the FAA. He was a easy-going, pleasant co-worker. Even though Vincent is no longer with us, there is comfort in knowing he passed peacefully with his family at his side. May the Lord console us all.
Comment Share
Share via:
VD

Posted Feb 02, 2021 at 08:53am
Very sorry to hear that Vincent has passed. I worked with him years ago and would see him while walking at the Tech Center. We always said "Hi Vince" to each other, with a smile.
Comment Share
Share via: 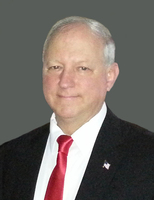